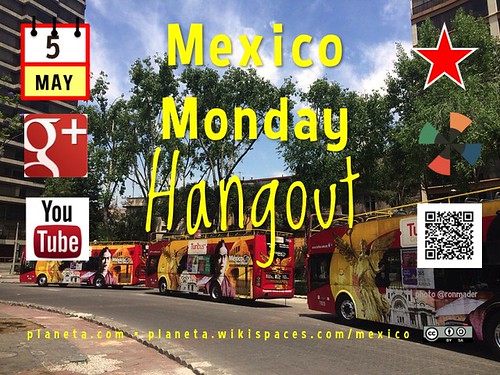 President Pena Nieto said, “We will open Mexico to the world, and the world will visit Mexico. Tourism is a fundamental component of our economy and a key driver of national development.”

Tourism is responsible for close to nine percent of Mexico’s gross domestic product.

President Pena Nieto announced the formation of a select committee headed by the Federal Executive which will coordinate a multi-sector effort to grow the tourism industry in Mexico.

Competitiveness and the diversification of products and segments such as culture, health, meetings and conventions and eco-tourism will be achieved through innovation and competition.

The President said that through a policy of development and promotion, Mexico will boost confidence in current and potential investors in the country.

“Growth of the tourism sector is important for tourists and Mexicans alike.  The opportunity to explore Mexico should be attainable by all Mexicans.”

Claudia Ruiz Massieu, Mexico’s Secretary of Tourism, said tourism is a priority as a driver of growth and employment. She also highlighted that Mexico sets the standard of the global tourism industry.

“I have no doubt that tourism is the future of Mexico. Under the President’s leadership, tourism will be used as an engine to drive development for all Mexicans,” she said. “Through intra-governmental collaboration and true partnership with the private sector, the tourism industry in Mexico will thrive.”

The governors of the states of Jalisco, Quintana Roo, Sinaloa, San Luis Potosi, Tlaxcala, Yucatan and the governor elect of Jalisco attended the presentation along with local ministers of tourism, representatives from the legislative and judiciary powers of the state, diplomats, businessmen and other special invitees.

The Mexico Ministry of Tourism reports that private investment for the development and maintenance of tourism projects in the period January 2007 to September 2012 reached $20,129,900,000 USD, a figure that exceeds the established six-year target of 20 billion dollars.

In the period from January to September alone, cumulative investment reached $1,820,340,000 USD.

This investment was directed to the development of 1,146 projects, strengthening Mexico’s tourism offering in order to attract a greater number of visitors and fulfill the commitments outlined in the National Agreement on Tourism.

These private sector investments are complemented by the tourist programs and products developed during the administration of President Felipe Calderon, such as the ten Routes of Mexico, the Mundo Maya program, the 18 Gastronomic Routes and the strengthening of the Magic Towns, among others, that strengthen Mexico’s tourism offering.

The Mexico Ministry of Tourism reports that from January 2007 to September 2012, Mexico received 130.6 million international tourists, up 12.1 percent compared to the same period of the previous administration.

The flow of tourists staying overnight in Mexico registered an increase of 18.3 percent reaching 75.5 million people, compared to 63.8 million registered from January 2001 to September 2006.

From January 2007 to September 2012, the average expenditure of cruise passengers to Mexico reached 81.7 dollars, an increase of 30.6 percent compared to the same period the prior term.

During the month of September, the flow of tourists staying overnight in Mexico showed an increase of 6.2 percent compared to the same month the prior year.

The accumulated foreign exchange earnings from international visitors through September registered at 6.2 percent higher than the $8,818,000,000 USD achieved during 2011.

Tourism with travelers staying overnight in Mexico through the month of September registered an increase of 3.1 percent compared to the period January to September during 2011.

International visitors increased their average spending by 6.8 percent, while international tourism has registered an increase of 8.0 percent.

During January to September, day visitors increased average spending by 4.7 percent, compared to the same period in 2011.

According to data provided by the Integrated System for Migration Operations (SIOM), 8.1 million international visitors traveled to Mexico by air from January to September 2012, representing an increase of 6.1 percent over the same period in 2011.

From January to September, SIOM registered an increase in the number of visitors of 137 nationalities.

The Electronic Authorization System (SAE) promoted an increase in the flow of international tourists to Mexico by permitting travelers from Brazil, Russia and Ukraine to electronically obtain authorization to enter the country for tourism, transit or business without obtaining a visa.

During the period January to October 2012, the flow of cruise passengers was 11.0 percent higher than the same period the prior year.

From January to October this year, Mexico received an average of 2,726 passengers per cruise, while last year cruises averaged 2,456 passengers.

According to data recorded by Airports and Auxiliary Services, the arrival of passengers on domestic flights increased 10.3 percent during January to September 2012 compared to the same period the previous year.

Similarly, international flights registered a 5.4 percent higher number of passengers to Mexico compared to January to September of 2011.

From January to September 2012, the number of domestic tourists totaled 133.2 million, 6.0 percent higher than the same period in 2011.

Oaxaca de Juárez, México – This week is the 40th anniversary celebration of the Sánchez Pascuas Market. Check out today’s music video from the state’s police band.

Of course I am biased, but Oaxaca is a great place to celebrate the Fiestas Patrias! HOLMDEL, N.J., Aug. 30, 2012 /PRNewswire/ — Vonage Holdings Corp. (NYSE: VG) today introduced a new international calling plan, Vonage World Mexico Sin Limites. The plan provides customers with unlimited(1) calling to any phone in Mexico, including mobiles.  Additionally, customers will enjoy all the benefits of the popular Vonage World calling plan including unlimited calling to the U.S. and more than 60 other countries.

“Calls to a mobile phone in Mexico from the U.S. with major carriers’ best rates cost consumers $0.25 per minute.  Now for one low price, Vonage World Mexico Sin Límites gives customers the ability to talk to family and friends in Mexico as much as they want, even if they are calling to a mobile phone,” said Mike Tempora, Senior Vice President, Product Management for Vonage. “That’s a savings of 30-60% versus the best international residential calling plans from major carriers(2).”

The plan is offered for $39.99 per month, plus taxes and fees, and comes with the innovative Vonage Extensions™ service, which allows customers to extend their Mexico Sin Límites plan to their mobiles at no additional charge and make calls.

For more information about this and all of Vonage’s international calling solutions, please visit www.vonage.com/world-calling-plans/.

About Vonage Vonage (NYSE: VG) is a leading provider of communications services connecting individuals through cloud-connected devices worldwide. Our technology serves approximately 2.4 million subscribers. We provide feature-rich, affordable communication solutions that offer flexibility, portability and ease-of-use. Our Vonage World plan offers unlimited calling to more than 60 countries with popular features like call waiting, call forwarding and visual voicemail —for one low monthly rate. Vonage’s service is sold on the web and through regional and national retailers including Wal-Mart, Best Buy, Kmart and Sears, and is available to customers in the U.S. (www.vonage.com), Canada (www.vonage.ca) and the United Kingdom (www.vonage.co.uk).

(1) Unlimited calling and other services are for residential plans and are based on normal residential, personal, non-commercial use. A combination of factors is used to determine abnormal use including but not limited to the number of unique numbers called, calls forwarded, minutes and other factors. See Vonage Reasonable Use Policy and Terms of Service on vonage.com.

(2) Savings claim based on other major carriers’ best international residential calling plans when calling 300 minutes/month to any phone in Mexico.

Extensions™ calls made from mobiles use airtime and may incur surcharges, depending on the user’s mobile plan.

The German automaker BMW delivered 12 models of the electric Mini Cooper , Mini Es, to high profile individuals, such as government officials and researchers in Mexico City. This distribution hopes to gain information from the new drivers on the electric cars’ mobility and power consumption, as well as road conditions in a highly congested like the Mexican capitol.  Read more…